Dortmund and its surroundings

Dortmund has everything that a wonderful city break should have: an impressive industrial culture, a great variety of museums, first-class music, exciting theatre, cosmopolitan cuisine, world class football and much more.

Microchips instead of coal, shopping streets instead of rolling mills, stations instead of blast furnaces, concert halls instead of coke ovens. Dortmund has changed. It is now a long time since the creation of innovative technologies, a forward-looking service industry, trade und insurance firms that make the economic backbone of the city. Today, in this former steel city things are researched and learned, manufactured and sold; Golf and Roulette are played. And of course there’s always the football too!

The hospitality of Dortmund has often been written about. It’s cosmopolitan cuisine will leave no gourmet unsatisfied. Whether you prefer a down-to-earth restaurant with homely Westfalian dishes, a first class restaurant or a traditional pub, you must try one of the famous locally brewed beers.

Dawdle, shop, relax – in Dortmund that’s no problem. Large department stores, small boutiques and specialised shops offer everything that the heart desires. Afterwards, you can find rest and relaxation in the cities’ parks, forests, meadows and fields. Almost half of the city is green. While travelling through Dortmund, it often occurs to many people that the city gates would have long since been abandoned. They’re wrong however. They can still be found at the centre of things.

The people of Dortmund are proud of the myriad of culture in their city. More than a dozen museums with interesting collections and top-class exhibitions create a journey through time, industrial history and various genres of art and culture. Dortmund’s Theatre, Opera, Casino, countless small arthouse theatres and the new concert hall offer exciting entertainment at the highest level – for all tastes, for all ages and for wallets of all sizes.

Ruhrgebiet – A region with indescribable diversity 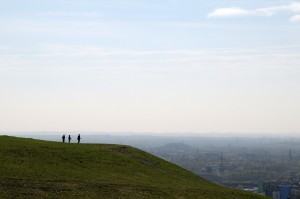 Unique industrial monuments, vibrant city life, modern industry, dense traffic network, a wide variety of recreational facilities and idyllic water meadows: Rarely does a region as small as the Ruhrgebiet offer so much. And Dortmund lies at its heart.

The region has developed itself as the major centre of „digital“ knowledge and the Online World. Five universities, numerous technical colleges, countless museums, libraries and archives as well as many other institutions have turned the Ruhrgebiet into a hub for education and information. But it is not only in these disciplines that the area is so advanced. There is also a special place here for entertainment, music, shopping and recreation. The smokestacks have long since disappeared, the pit winches are still and the steel hammers no longer pound the iron.

The Ruhrgebiet is also an especially fascinating area when it comes to history. The so-called „Ruhrpott“ has witnessed a great variety of changes. Excavations between the Ruhr, Emscher and Lippe rivers have not only uncovered Neandertal man, Roman legions and industrial magnates, but also medieval trading posts and cities destroyed by bombing during the war as well as evidence of the steel crisis and the move away from heavy industry that has taken place over the years. Thus, the area’s variety is represented in its unparalleled history.